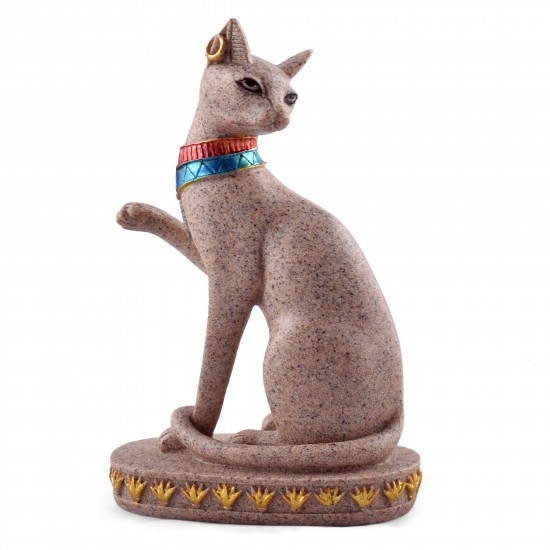 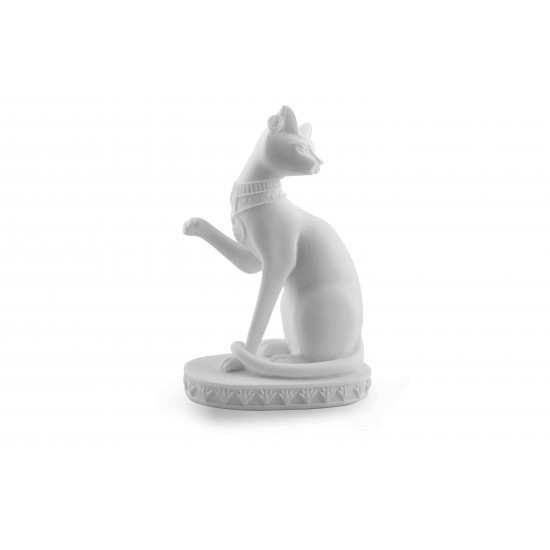 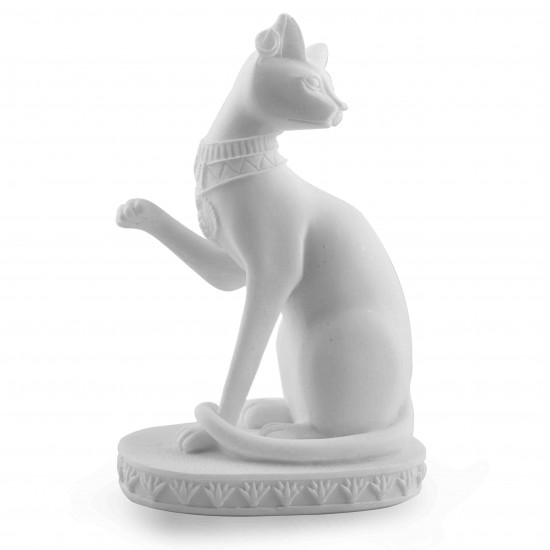 Ancient Egyptians believed cats were magical creatures, capable of bringing good luck to the people who housed them.

To honor these treasured pets, wealthy families dressed them in jewels and fed them treats fit for royalty. When the cats died, they were mummified. As a sign of mourning, the cat owners shaved off their eyebrows, and continued to mourn until their eyebrows grew back. Art from ancient Egypt shows statues and paintings of every type of feline. Cats were so special that those who killed them, even by accident, were sentenced to death.

According to Egyptian mythology, gods and goddesses had the power to transform themselves into different animals. Only one deity, the goddess named Bastet, had the power to become a cat. In the city of Per-Bast, a beautiful temple was built, and people came from all over to experience its splendor.

The ancient Egyptians worshipped a Cat Goddess, often represented as half feline, half woman, whom they called Bastet. The main center for the worship of Bastet was in northern Egypt at the city of Bubastis.

-9 % Out Of Stock
Luxury Turkish Coffee Set for 6 including serving tray and coffee pot- Gold with crystals
Dazzle your guests with this luxury Turkish coffee set that adds glamour to your tablewareSuitable for serving all kinds of coffee, Espresso, La..
$72.99 $79.99
Add to Cart
Add to Wish List Compare this Product
Buy Now Ask Question
Quickview